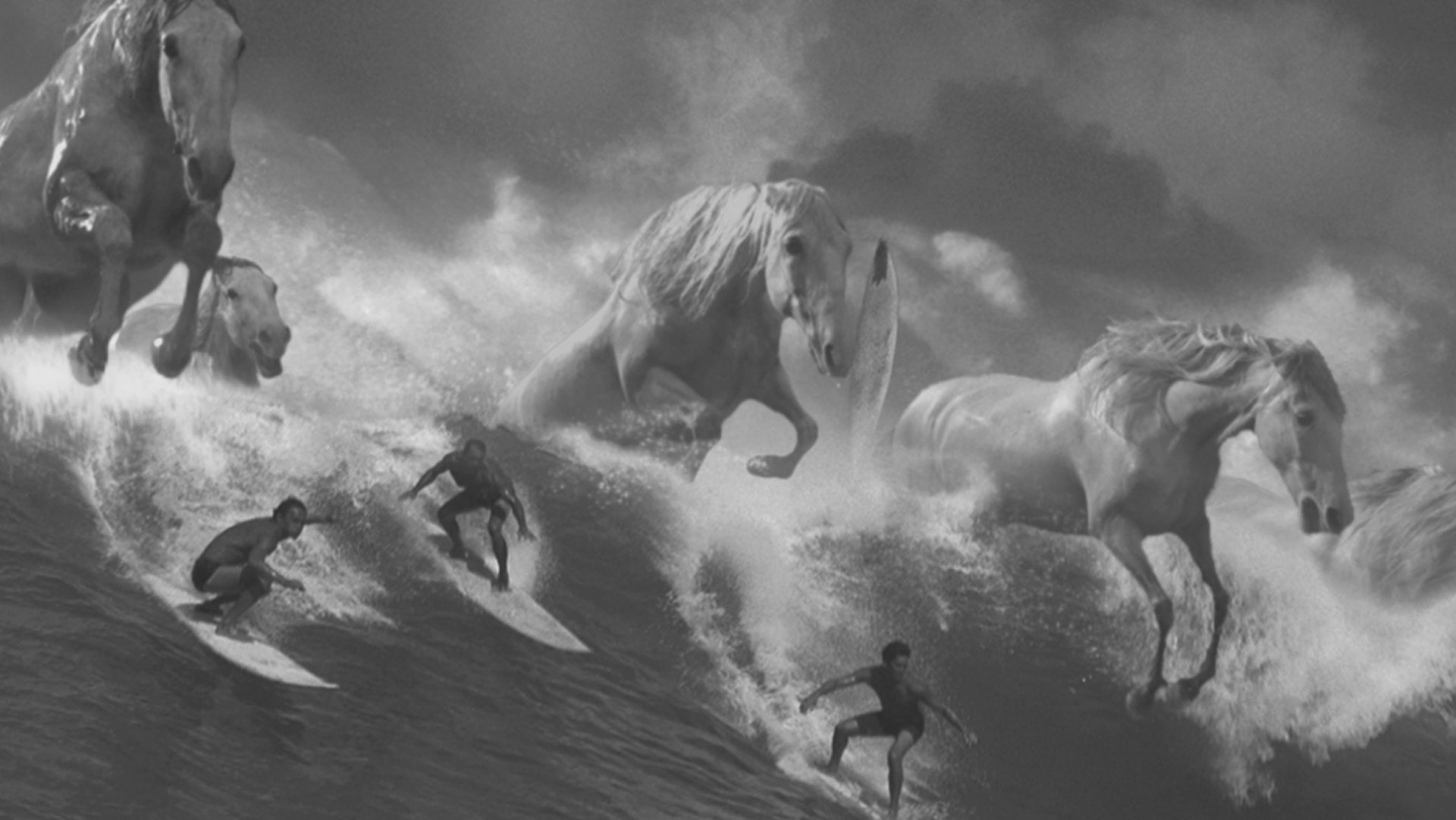 
The first in our ongoing series of genre-defining creative moments, plucked from the portfolios of our community. Here's a very special one; Academy director Jonathan Glazer's powerful spot for Guinness.

Surfer not only introduced a new benchmark in VFX for commercials, but it also changed both the narrative direction and audio track for what a big-brand commercial could get away with. More than a powerful ad, this was news.

For AMV BBDO, filmmaker Jonathan Glazer combined source inspiration from Melville's epic Moby Dick and Roman Mythology to render the surfer and his comrades as they battled real-life waves in Hawaii.

The result was a seminal moment in Guinness advertising history; a multiple-award-winning commercial that took the number-one spot out in a line-up of the greatest TV ads of all time.

“There was quite a few times when we could have made easier choices and we didn’t. Surfer was a special moment when all the stars aligned and it just worked.”
- Andy Fennell

“The agency had a really good idea and then we all just protected that idea until the public had a chance to see it. So often ideas get diluted down because people are worried about what the public will think. It didn’t do that well in research, actually. But we ignored the research. That’s not me being an advocate for ignoring research, but sometimes you have such a profound belief in what you can produce.”
- Andy Fennell

So much has been written about Surfer that one single post can't justify the impact it's had. It ignited a generation of brands and agencies who understood that building presence, intrigue and drama could be the most valuable ROI for a traditional client. That cool was a tangible concept, not a sales feature. Above all else the spot is a testament to the cinematic, to the belief that advertising can wow, not just promote.

The spot sits within Academy's Heritage section. It holds up.