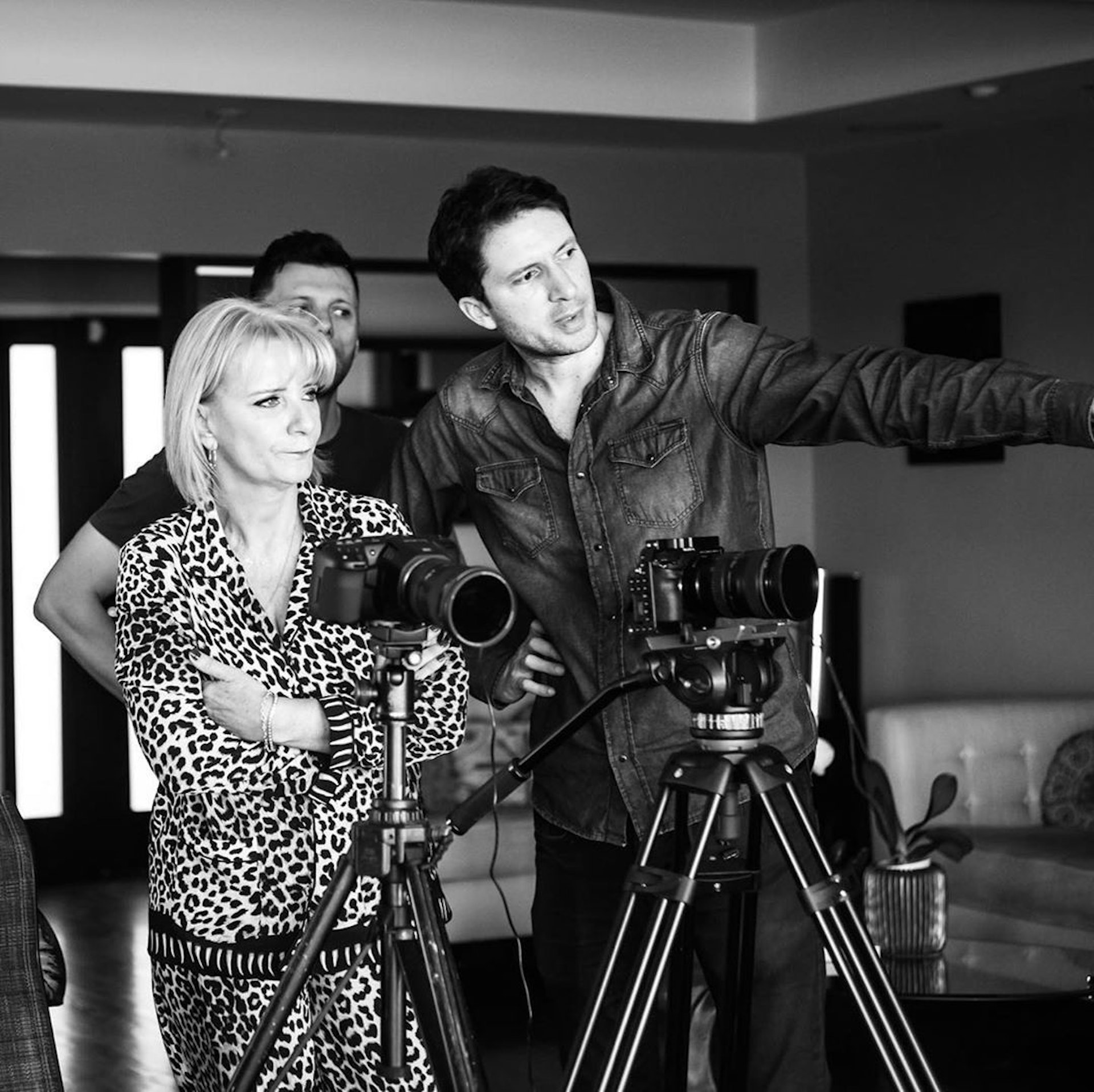 
Rosemary Reed is the founder of POW TV as well as a critically-acclaimed, award-winning director and producer.

Rosemary Reed is the founder of POW TV as well as a critically-acclaimed, award-winning director and producer.

Covering a wide range of genres, mostly female-focused, she has a passion for telling truthful and raw life stories which has led the way for many exciting, powerful new shows on the horizon. In light of International Women's Day, we caught up with her to hear her views.

Fabrik: Hi Rosemary and thanks for your time. Would you like to share a little bit more about you?

Rosemary Reed: I’m the founder of POW TV, in other words The Power of Women productions. But I did leave school at 15 with no qualifications, then I started out working with horses, training to be a stunt rider. I've done various things before running my own management agency in 2012. I was representing diverse talent from Bill Wyman to Emilia Clarke. Then, I got approached to do production, and that’s where my work began. My work invites women to discover a world where they are first.

I really believe in challenging the status quo by trying to change how women think about themselves in the industry. Through my company, I help shine light on female filmmakers in the industry. I have a passion for telling truthful raw life stories through my productions and will continue to do so.

"I have a passion for telling truthful raw life stories through my productions and will continue to do so."

Fabrik: You have mentioned that you are a self-starter - you decided to become a director and a producer with no backup plan. What are the key takeaways from this journey?

Rosemary Reed: To keep going, no matter what, you have to take risk to get to the places you can get to. There’s a lot of crooks in our industry, so you need to recognise who’s genuine and who’s not genuine to establish good business relationships. For example, a few years ago, I was running another company specialising in virtual reality with my daughter and we went through something really bad with a form who invested in us. They turned out not to be pro-women and in the end, I took them to High Court.

I would say to be cautious in this industry. That’s why I am passionate about women in business and mentorship because the way we were treated made me think about women’s stories and the fact we were not simply given the same recognition as men. POW TV was born from these ideas.

Fabrik: What is the most unexpected skill you bring to your job?

Rosemary Reed: I would have to say bringing people together, especially women to work on amazing projects. It's important to support one another in this industry because you won’t get far otherwise.

Fabrik: Tell us about five turning points in your career: education, successes, failures, diversions. How did you dust yourself off and move onwards and upwards?

Rosemary Reed: As mentioned already, I left school at 15 so it just proves that anyone can do anything if they set their mind to it. You just need to keep going. For example, becoming a director and producer was a huge risk for me but also changed my life for the better. I had no money but I believed in it so much. We got some funding, but in the early days I would spend more on an episode than I would on a whole series now. Everything in my life has been a learning curve, and has got me to where I am today, I toughened right up. You just have to be tough. And that’s what I learned.

"Everything in my life has been a learning curve, and has got me to where I am today, I toughened right up. You just have to be tough. And that’s what I learned."

Fabrik: Women are still somewhat underrepresented in the creative fields. What can we do to change that?

Rosemary Reed: I think its important for women to collaborate with each other, especially supporting each other’s projects and talking out together on issues in the industry, and not being afraid of consequences. I am one of only 8 percent of women to get their work commissioned by a broadcaster. It should not be this low. We need to help each other in order to help women thrive in creative fields. Keep using your voices to speak out, look at all the movements that have come from women speaking up.

Fabrik: Are there any women creatives and/or pioneers that you admire?

Rosemary Reed: There’s quiet a few but Baroness Helena Kennedy because she is a pioneer of women’s rights, I absolutely love her determination for changing the law for women’s rights. Another one would Dame Monica Mason because against of odds of been rejected by the royal ballet she continues to fight. And Jane Goodall, she inspires me because of her tireless efforts to protect the animal kingdom.

Fabrik: Any advice you’d like to impart to those entering the field?

Rosemary Reed: You need to be extremely tough, and not too sensitive if you want to survive in the film industry. For example, I really had to go hardball when selling my show, The Power of Women to commissioners. I believe because I went the extra mile and made sure I got in front of people and had eyeball conversations; I got the deal done. Also, stop caring about what people think, if you have an idea, and you believe in it, then go for it.

"Stop caring about what people think, if you have an idea, and you believe in it, then go for it."