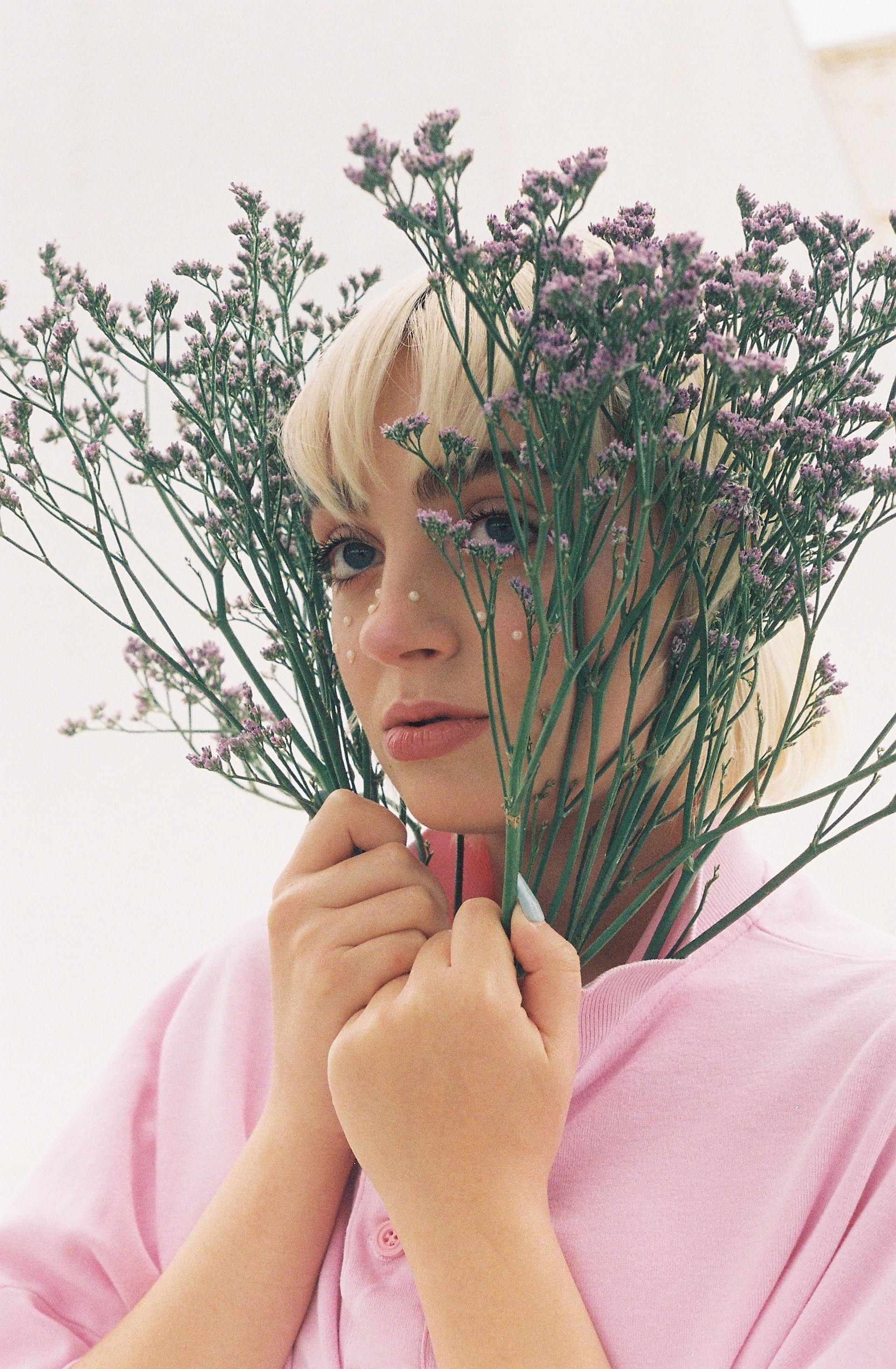 
Karen Joaquín is a Dominican Film Director and Photographer based in Barcelona, Spain. We took the opportunity to interview Karen about her recent photography project 'To Bloom' and find out more about her future endeavours.

Karen Joaquín is a Dominican film director and photographer based in Barcelona, Spain. A multi-artist, she is also a screenwriter, photo still photographer, cinematographer, and advertising copywriter.

Fabrik: Hi Karen, we're so happy to have you as our next Maker. We’d love for you to share a little bit more about you and your work?

Karen Joaquín: Hi, my name is Karen Joaquín, I am 26 years old, and I'm a Dominican director and photographer living in Barcelona. Before I studied Advertising and worked as a Creative copywriter in the Dominican Republic. In 2018 I earned a scholarship in order to pursue my dreams of becoming a Film Director, so I came from the Caribbean and crossed the Atlantic Ocean to study film directing and cinematography at Barcelona's cinema school ECIB. Since then, I've been making my entrance in the Barcelona's cinema industry working as a photo still and director assistant intern in Catalan series and movies, but also and most of the time, developing my own projects as a director and screenwriter in short films, documentaries and also advertising videos.

As a photographer, I've been working since 2010, creating my own narrative and developing my talent mostly in analog photography, but neither keeping digital away.

Fabrik: What was the inspiration behind your recent project ‘To Bloom’?

Karen Joaquín: In this photography project I had clearly in mind that I wanted to express my own reconstructive process through these photographs. I wanted not only to compare myself or a human with the flowers, but to really merge them in the same concept or living being. After more than a year leaving all behind to start again in Barcelona, as an immigrant with more or less difficulties to show up my work, I thought I needed to show who I was and who I was becoming. I was starting to bloom.

I want to take the opportunity to thank the Make Up Artist and also compatriot friend Alexa Rivera, and of course, the model Lucía García who interpreted perfectly the emotions I wanted to represent of blooming as a beautiful flower, but reflecting in her face and body how difficult the process is.

Fabrik: Could you tell us more about your creative process?

Karen Joaquín: I think that I just let my feelings and emotions of the moment be. It's really hard to explain how creativity comes to my life, because I feel it is just part of it, it's just who I am. What I can say is that for bigger projects I like to decompose the emotions that the subject of the project provokes me, and with this I brainstorm to create a new concept of it. Then, in cotidianity I'm always looking for every detail, every face, every moment and seeing the beauty behind it. That's why I take my camera everywhere I go, cause I don't want to ever lose those unique moments, and because having my camera with me, always drives my creativity.

Fabrik: What was the influence behind the choice of a pink and lilac color palette?

Karen Joaquín: Honestly, I just wanted to create a beautiful aesthetic. I choose the Kodak Portra 800, the white walls, the gray day, for everything to be as low contrast and pastel as it is. No need to edit later. Everything matched perfectly with the model and the beauty that every decision represents in this session.

Fabrik: You mention that you mostly shoot in analog, can you explain further about your passion for film?

Karen Joaquín: I discovered film photography a few years ago, and for me it was like discovering pizza for the first time or better. I use my digital camera for corporate or photo still jobs, but for creating, I'm totally attached to my film camera, a Pentax K100 my cousin gave me. With film photography I felt I really found the touch I needed, it got something magic in all the process, that for me, is also part of the story and emotions I want to transmit. The textures, the colors, the place, the person, the film you chose, the no need of editing... All of this gives you magic. It's spontaneous, It's honest.

Karen Joaquín: First of all I'm finishing my most important project until now as a film director, a short film inspired on my childhood named ¨O que me parta un rayo¨ translated ¨Or be struck by a lightning¨ that narrates the story of an 8 years old and her best friend, inventing their own reality, and who later will struggle with friendship promises and her first betrayal in real life.

Besides that, I'm also working on a photography session for a local cloth designer. Thinking about selling some photographs. And also, as a director, I'm writing some ideas for a further first feature film. Earlier, I wish I could find a great music artist who I can work with on some ideas I have for a first directed videoclip.

Fabrik: Final question. What do you like most about Fabrik? What's your favourite feature?

Karen Joaquín: I love that I can make it totally my own and I can expose my films and photographs in a simply but representative way. I love the feature of having mini albums in a clearly and understandable gallery.