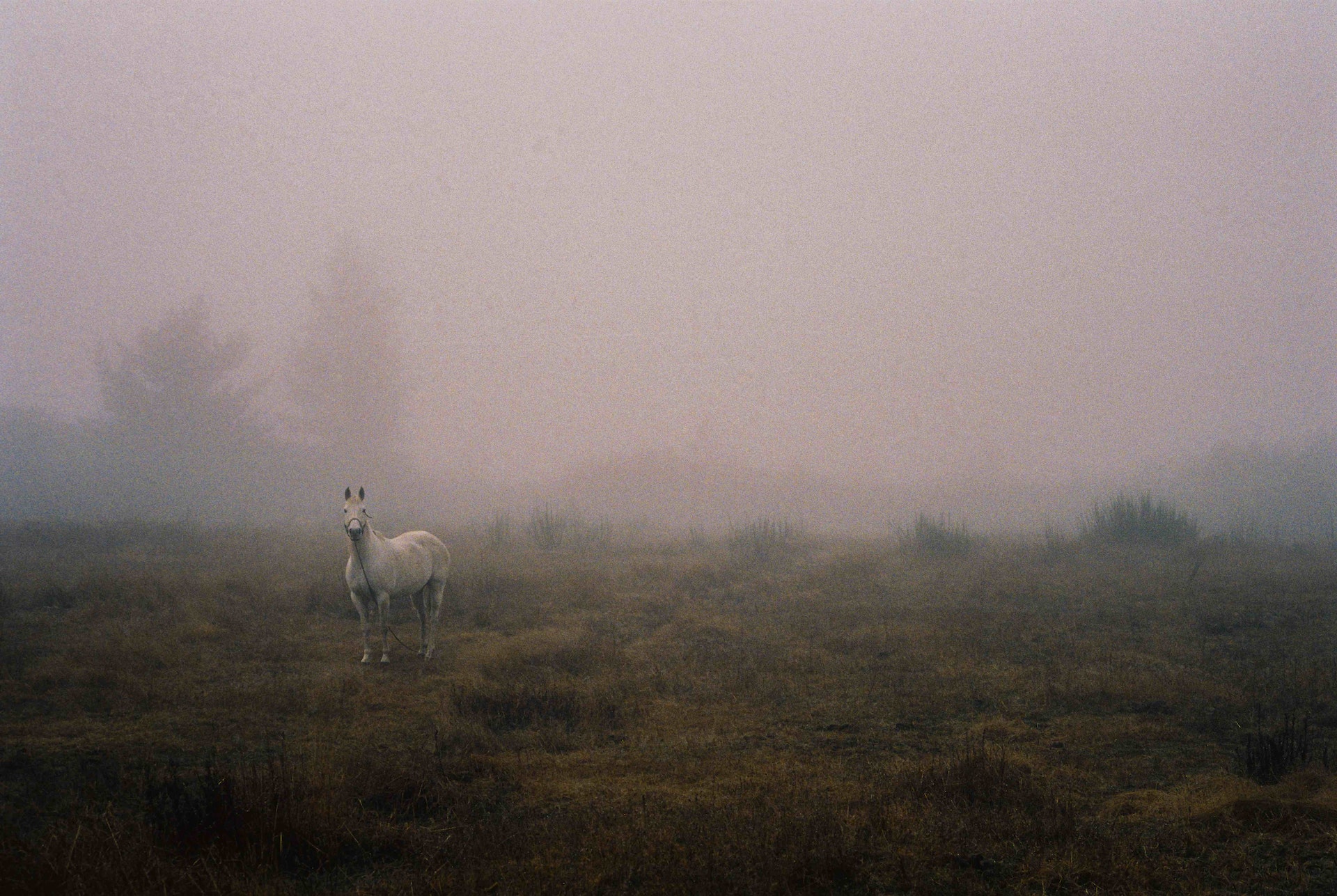 
Finding inspiration from the themes of identity and memory, we got in touch to discuss Ben Briand's photography project 'Rural Muse', captured during the pandemic in an isolated and rural area in New Zealand.

Ben is a Film Director and Photographer working across narrative and commercial disciplines. He crafts striking visual images whilst eliciting honest human performances from the heart of his stories. He has directed projects featuring Gal Gadot, Cate Blanchett, Rose Byrne, Joseph Fiennes and Jackie Weaver to name a few. Ben’s personal film projects often feature his ongoing preoccupation with the themes of identity and memory.

Ben continues to work on unique projects and we got in touch to discuss his recent photography project 'Rural Muse', captured during the pandemic in a very isolated and rural area in New Zealand.


Fabrik: We’re excited to have you as our next Maker. Can you tell us a little about yourself and how you got started in photography and film directing?

Ben Briand: I began making little films and visual experiments as teenager. I had a deal with my school that I would shoot the rugby game every Saturday morning and then I would hold on to the video camera. Every weekend I self taught and became addicted to the language of cinema and loved printing in the darkroom. In many ways it makes you feel like a magician.

Fabrik: You mention an ongoing preoccupation with the themes of identity and memory - which are often featured within your work. What draws you to explore these subjects?

Ben Briand: It’s an attempt to understand why we do what we do. I’m fascinated by how people create their sense of self based on their individual experiences. The memories of these experiences form the basis of how we interact with one another. This is fertile and dramatic ground to explore onscreen.

Fabrik: You shot ‘Rural Muse’ whilst living in a very isolated area of New Zealand during the pandemic. Can you remember what inspired the project? Lockdowns or something else?

Ben Briand: I was simply documenting my surroundings. Commercial production was in a state of flux and scrambling and I was living in limbo like so many others and yet was removed from my usual social settings. We had left our relatively new home in LA and were living out of one suitcase for a year and a half. Quite a humbling experience. I was inspired by the striking beauty that would come to me by simply just waiting for things to present themselves. I found that if you are willing to wait for them, moments arise and I just had to frame them up.

Fabrik: Can you share anything about the creative process - bringing together the feeling of solitude whilst surrounded by the beauty of rural New Zealand?

Ben Briand: Individual solitude is a repeated motif. The individual in their often overwhelming surroundings is something that kept re-occurring and presenting itself to me. That probably also had something to do with the fact that there was no one around! The inspiration was simply to view my surroundings and experience through a lens. I would just take my camera and ‘go hunting’ for the day and would often come back with nothing.

Fabrik: Could you tell us more about the kit you used to shoot ‘Rural Muse’? Was this shot on film or digital?

Ben Briand: Shot on film on my Leica M7 with a fixed 50mm summicron lens. To buy film or get it processed was a 5 hour drive to the lab and back. And even then it was sometimes in an old lady’s bathtub who has been doing it for years and would scratch up the black and white negs. I quite liked the randomness of it.

Fabrik: How has COVID-19 affected your professional work and creativity? How are you finding work in the current climate?

Ben Briand: It’s been both brutal and beautiful. For a number of people that I work with this period has forced them to zero in on projects that are deep and meaningful to them. The pandemic has cut out the bullshit. It’s also illuminated the fragility of professional creative ‘industries’ but shown that creativity itself can’t be suppressed.

Fabrik: What are you working on right now? What can we expect to see from you in the near future?

Ben Briand: I’m finishing the polish on an elevated indie horror film with a writer in Perth whilst in post production on a commercial in Sydney. Then I’ll be working with a writer in LA on revisions for a studio film that is coming together slowly but nicely.

Fabrik: How would you compare the pace of work on promotional and branded content to short films?

Ben Briand: The creative process for me is very similar but branded or promotional content has money driving it. Not always much, but it has a budget attached to it when it comes in, so it means the wheels turn much faster than passion short film projects. Money means production can happen very quickly and you can assemble a good team. Whilst one short I made was all ready to go and then we had to wait 6months for a key member of the team to become available again due to paying work. I’ve been fortunate to have been approached to create a work that had a short film style that had some financial backing from brands, so it was a special hybrid of both worlds.

Ben Briand: Honestly, the ability to do it all myself suits me great. I like to fiddle with small details on all my projects so the fact I can do that until my heart is content suits me just great. Also, the way it speaks directly to Vimeo makes things effortless.