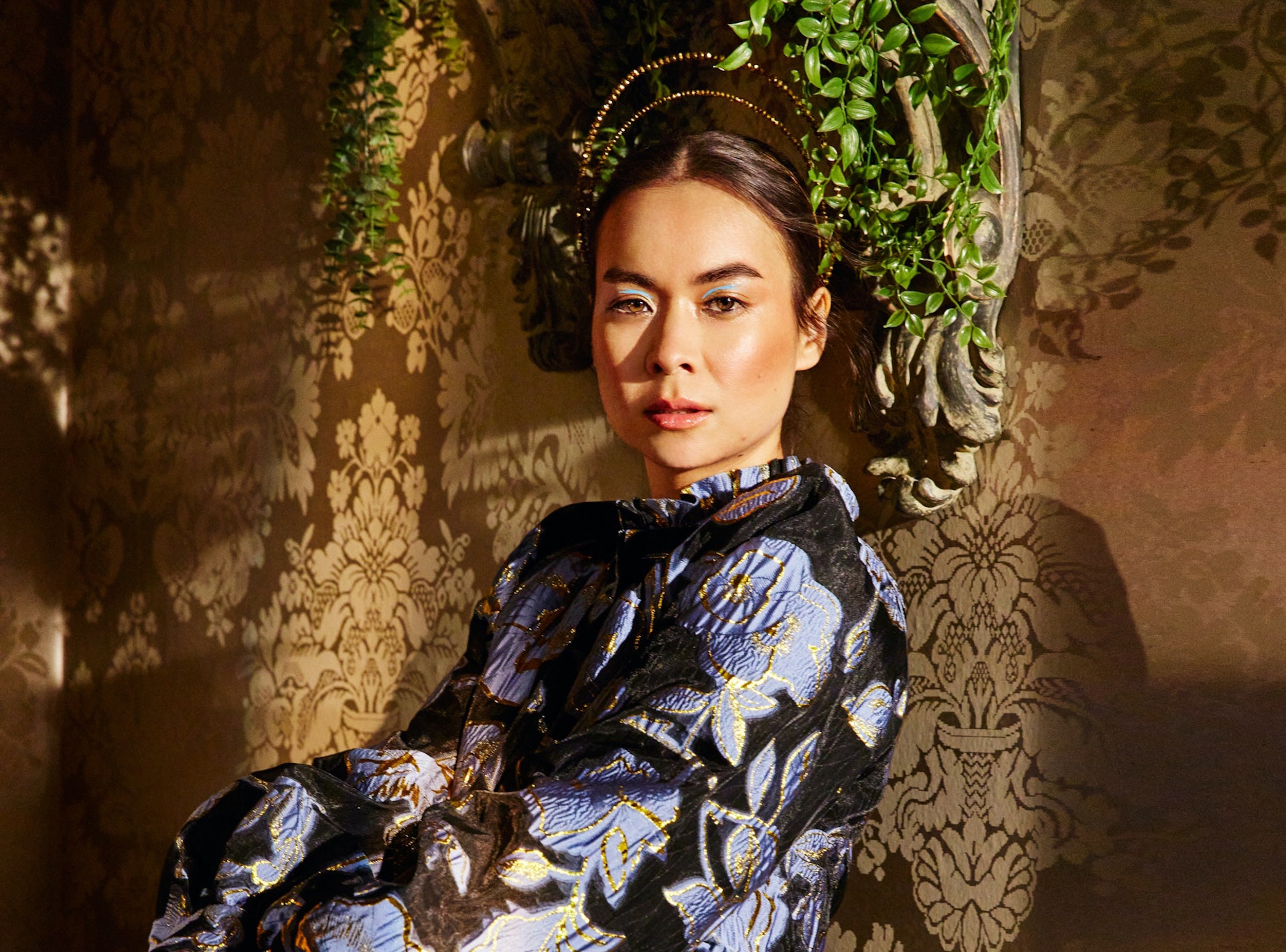 
Diana is a Chinese-American portrait, lifestyle fashion, and commercial Photographer. We got in touch to discuss Diana's work and find out more about her personal project "Almost Asian, Almost American", a video essay project that allows Asian-American women to define their own beauty and identity.

Diana is a Chinese-American portrait, lifestyle fashion, and commercial Photographer who loves a pop of colour in her photographs and is passionate about supporting and highlighting BIPOC and female creatives. Diana is the creator and director of “Almost Asian, Almost American” an on-going photo and video essay project that allows Asian-American women to define their own beauty and identity.

We got in touch to discuss Diana's work and find out more about her personal project "Almost Asian, Almost American".

Fabrik: We’re excited to have you as our next Maker. Can you tell us a little about yourself? What’s your story as a photographer and filmmaker, how did it come along that you wanted to be in that field of career?

Diana King: Originally I wanted to be a Cinematographer because I loved the geekery of cameras and lighting so I went to film school at Chapman University. After I graduated, it felt unachievable to become a Cinematographer without climbing the ladder for decades so I just worked aimlessly in film production for years until one day I realized that photography was something I was interested in.

I was working for a production company at the time when I discovered British Fashion Photographer Kayt Jones was based in Los Angeles and I took a random chance and emailed her asking her for a meeting. Somehow she agreed to a meeting and I basically offered to quit my job and work for her for free for 2 weeks of the month if she would take me under her wing and then I would go freelance on a production for the remaining month so I could make rent. Eventually Kayt brought me on full time to photo assist and studio manage and that’s where I got my foot in the door. After two years of working in photography, I branched out on my own and started to test shoot to build my portfolio. I would submit a lot of my tests to online publications and eventually I started to get published. As I kept shooting and building my portfolio, it eventually led to getting commissioned editorial work.

During this time while I was working on my photography, I kind of turned my back on filmmaking. It was only when I started working on my personal project “Almost Asian, Almost American” when I had a video interview component piece did I realize how much I missed storytelling. Only in the last couple of years have I truly embraced the integration of photography, filmmaking and production because everything now is intertwined.

Fabrik: You mention that pops of colour are often featured within your work, however you always tend to wear black. Do you feel that your unabashed love for all things cute and pop culture has influenced this?

Diana King: Yes, absolutely! In my creative editorial images, I find inspiration in pop culture from social media, anime, films, music and art and it could be the one thing from whatever I discover to reference for color, lighting, styling, or mood. For the portrait of director Lorene Scafaria, she had just directed the film “Hustlers” so I directly referenced her film’s color palette to create the lighting and styling of the portrait. For the Mitski photo shoot, I was inspired by the location so I used cinematic lighting referenced from southern gothic films.

Fabrik: How would you describe the relationship between your personal projects and commissioned jobs?

Fabrik: “Almost Asian, Almost American” is your on-going photo and video essay project that allows Asian-American women to define their own beauty and identity. What was your inspiration behind the project?

Diana King: Growing up, I constantly felt like an outsider, personally and professionally and I felt like I didn’t fit into the conventional definition of beauty in Asian or American culture. I wanted to express my disillusionment visually so I photographed and video interviewed ten Asian-American women in Los Angeles and quickly realized that ten women were not enough to capture all the AAPI perspectives. From this first session, not only did I discover that I wasn’t alone in my feelings, I realized the question “What are you?” is the foundation of many Asian-American women’s experiences and how much their appearance is tied to their identity. This led me to create “Almost Asian, Almost American” an on-going personal photo and video essay project that I hope will empower and celebrate other Asian-American women to define their own beauty and identity on their terms.

Fabrik: As an advocate for the Asian-American community, what is your ultimate goal for “Almost Asian, Almost American”?

Diana King: While I don’t expect to change any beauty standards, my ultimate goal is that this project will create a small cultural shift in understanding how Asian-American women want to be seen and heard. The other dream goal would be to have an exhibition at a physical gallery that will have 100 portraits of Asian-American women hung up on the wall side by side as well as display video interviews of each woman telling their story. I would also love to have a published photo book to include all the photographs of the 100 women and their interviews in written form.

Fabrik: Which US cities are you hoping to travel to next to represent a full and diverse spectrum of Asian identity?

Diana King: I’m still planning which city is next and while I do plan visiting major cities, I will try to visit smaller cities across the United States. Also the city I visit is dependent on which city the most diverse women are from who sign up for the project.

Fabrik: What are the main things that you prioritised during each interview and photography session?

Fabrik: Passionate about supporting and highlighting BIPOC and female creatives, what does it mean to you to be a member of Diversify, Authority Collective, The Luupe and Women Photograph?

Diana King: I’m so grateful there are women-driven and BIPOC photo communities right now and that we are all a resource to each other for questions on business practices to creative techniques. I don’t feel so alone anymore! When I started in photography, the industry felt like it was driven by white men and very elitist.

Fabrik: What’s your go-to equipment? What do you always bring with you on sets?

Fabrik: What are you working on right now? And what can we expect to see from you in the near future?

Diana King: I just finished working on a creative fashion editorial with a well known British supermodel that I’m so excited to share. In the near future, I want to do more shoots like the Mitski editorial where I continue to push myself in lighting, composition, posing and styling. More shoots integrating more photography and video together and of course, always featuring strong, badass women.

Diana King: It took me YEARS to redo my website and finally with Fabrik I feel like I was able to create the website I’ve always wanted in my head! The ability to do an overview layout as thumbnails leading to a page with multiple images on one page is something I’ve wanted for so long. Surprisingly not too many websites have that feature. Also the backend of Fabrik is incredibly easy and fast to update.