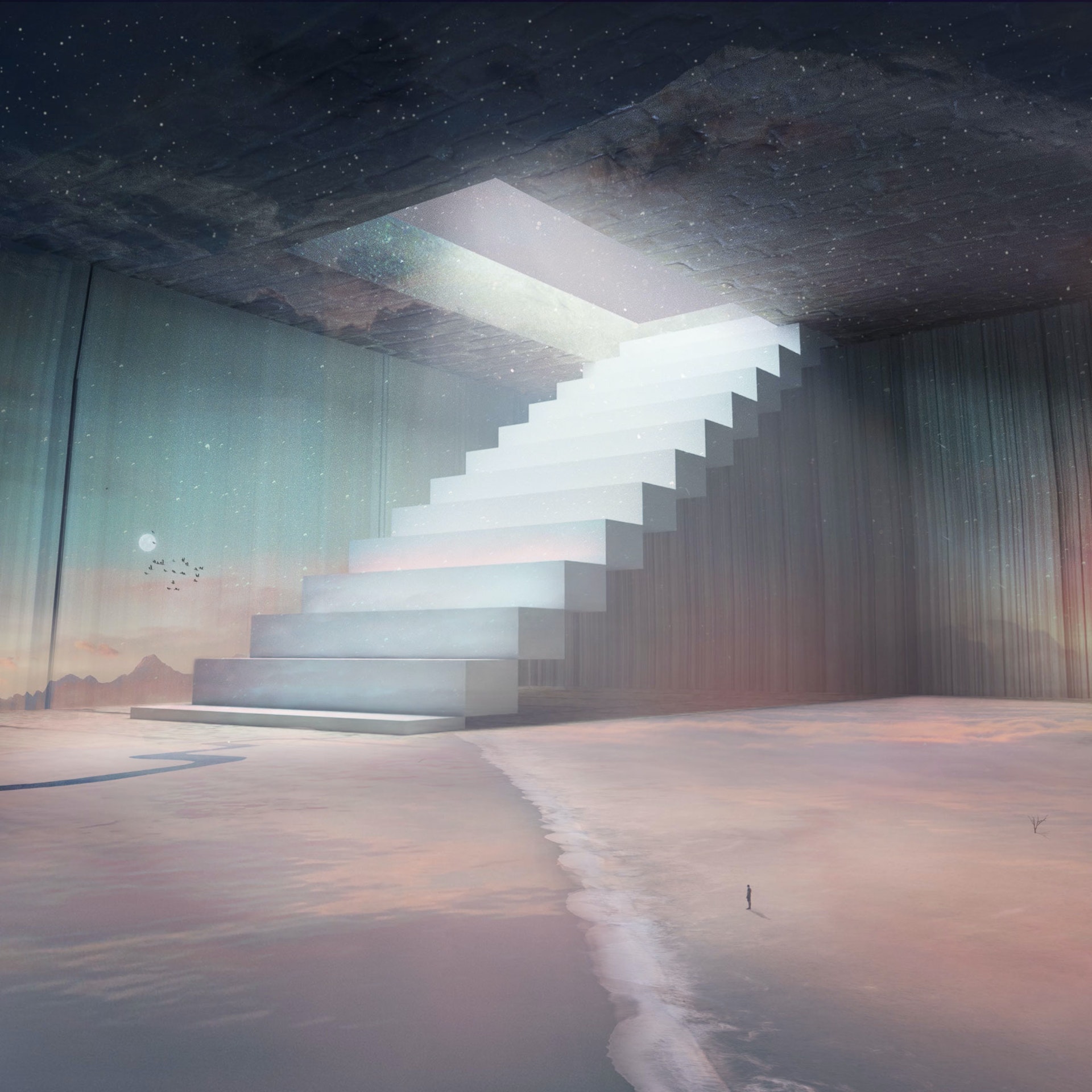 "These roosters are the new generation of the roosters I'm designing in my journey of exploring the roosters of the future. I designed this collection with the help of artificial intelligence and refined the outcomes with Photoshop and Procreate." —@soheilsoheil

"HARRISON $FIRST x NEGATIVE VIBRATIONS. Animated music video I did for DIDE by Harrison First. Turn the sound on and enjoy!" —@NegativeVibrat1

"Cycles is a study on growth and depart. Objects grow and evolve on a series of coordinated threads showing a sense of energy come and go. With objects growing and falling, Cycles oscillates in a calming fashion over a still landscape posing as the only home for life around." —@LiamPitchy

"Night is a constant in the cosmic distance. The sun gives us its absence at intervals, but the night does not retreat even one stride, but waits patiently for the hour of its prevalence. And then, in the silence of itself, it communicates: Lights that flicker, gleams that furrow its blackness, the black vastness has a language of light. And we raise our eyes and seek answers in the depths of its mystery, pretending to speak a language we do not yet know. And yet, despite the distance, the night and we are accomplices because we share nameless secrets. Someday all will be night and we will go with her, climbing step by step towards her core. And we will be stellar matter as well as gods, and live all of us as a flickering memory." —@justlatpl

"A visual interpretation of "Gnossienne No.1", a piano piece by the French composer Erik Satie, composed and published in the early 1890’s. The artwork is created from images taken during a 5-day expedition in the coastal mountains of British Columbia, Canada." —@cathsimard_

"Bonapace’s contemporary 'Resurrection' is the third chapter - after the 'Crucifixion' and the "Annunciation" - of a set of three Artworks defined by a deep thinking about Human Values, Faith, Society and Technology. The scene is imagined as a 19th century Operating Theater with no human presence, according to the Gospel." —@VBonapace

"My life will forever be intertwined with Ethiopia. In my teenage days, this country is where I first found my vision as a photographer. Later, Ethiopia would be where I found my home and my soul mate. ETHIOPIA is a monolithic collection of my images captured over the course of thirteen years. It is an ode to every region of the country and a celebration of all the unique peoples found within." —@joeyldotcom

"Allegory on the Requiem. The Lacrimosa (Latin for "weeping/tearful"). This is a dualistic work, where the feeling of grief is intertwined with the expressive figures of naked human bodies. Is she the only survivor? Or is she the only one awake?" —@dsgnnina